No idea what gumbo is? I would say it’s a soup, with lots of flavour, proteins and vegetables. But it’s not just a soup, it’s one of which one bowl is enough for a good fullfilling dinner and one with a great in-depth flavour.

In a previous post we’ve discussed how to make a dark roux. This is an essential step for making gumbo. No gumbo without this dark roux, it provides so much flavour. If you haven’t checked that post out, look at it first before diving into the gumbo from this recipe.

New Orleans gumbo itself is a very flexible meal. I guess that, just like any soupy food, it used to be one of those dishes where you would add whatever you still had lying around in your pantry. So, even though I’ll give a recipe below, be creative and add whatever you like, but do not skip the dark roux!

I learned to make gumbo at the New Orleans School of Cooking. It was a great course and we had a lot of fun, seeing and learning how to cook, Of course, a touristy cooking school, wouldn’t be a tourist cooking school if there wasn’t some sort of souvenir shop. 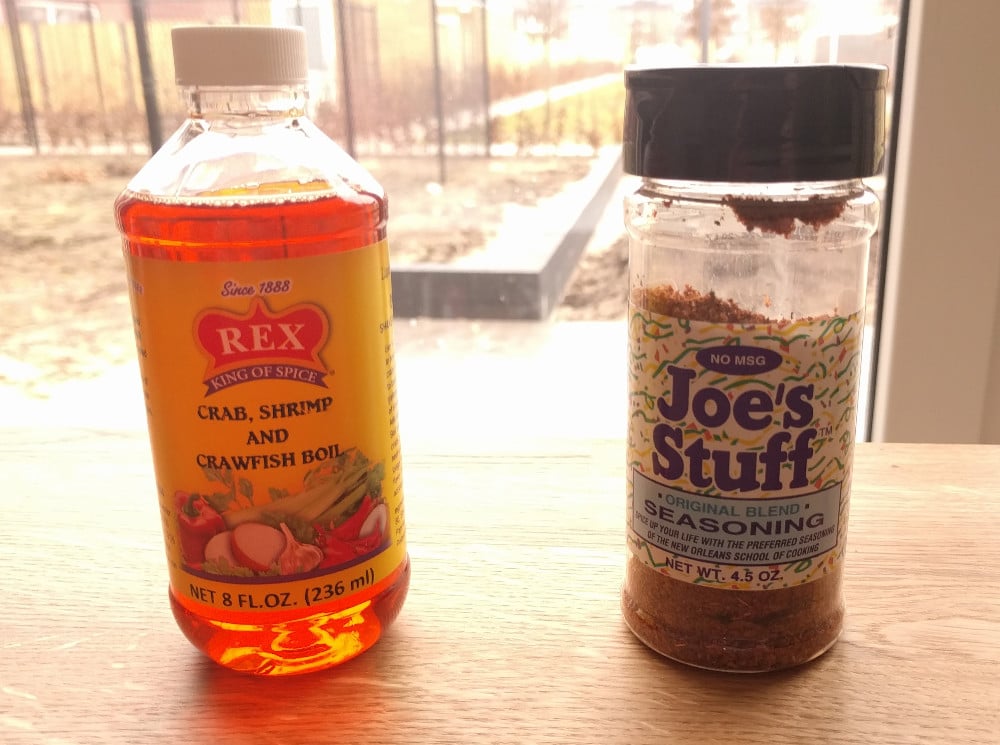 And of course, during the course they had used several ‘special’ ingredients which would be essential for making a good gumbo. So, like any good tourist would do, we bought the two ‘critical’ ingredients for making gumbo. And, truth be told, we’ve used them ever since and do help in making a great gumbo. In the recipe below I’ve mentioned some substitutes so you can still make a good gumbo, without ever visiting New Orleans.

If you happen to have something similar to the two ingredients shown above, feel free to use those. Use only a few drops of the crab, shrimp and crawfish boil and use quite a bit (at least 2 tbsp) of powders.

A quick reminder, I’ve got a separate extensive analysis of a dark roux.

The nice thing is, it’s ‘just’ a soup and as with soups, you can vary as much as you like! Feel free to add other meats, seafood, vegetables, whatever you like and is available around  you.